I compiled the data from here and here and graphed the ratio of age at first marriage compared to life expectancy. 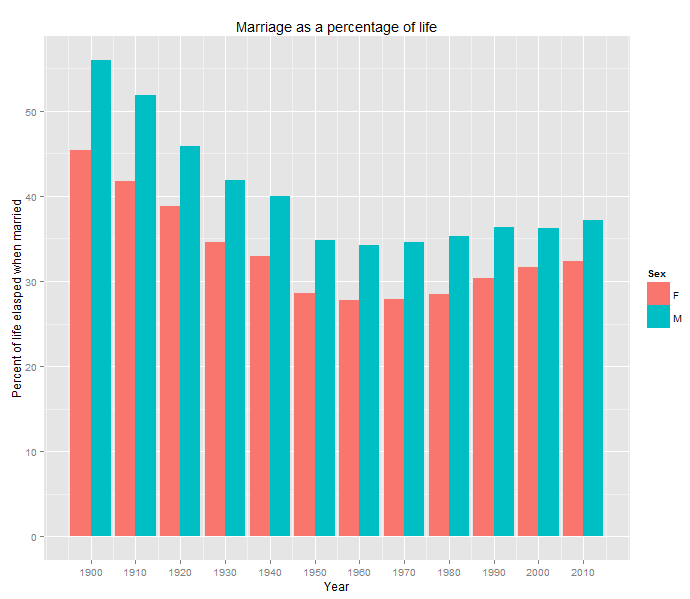 So yes, looking at the past few decades it seems that more of our lives are elapsing before getting married, but nothing compared to the earlier part of the century. A typical man in 1900 married after half of his life was already over.