I recently attended a talk by the co-author of this paper, Dr. James Collins. He shared a figure from this paper in his presentation that showed American black mothers give birth to lower weight babies than both American white mothers and foreign-born black mothers.

Since the data is from the early 1990s, I wanted to find some more recent data and create a similar plot. The CDC releases vital statistics information for all U.S. births and I used the most recent data set (2012). In 2012 there were over 3.5 million births, 3,637,278 of which I included in this plot. 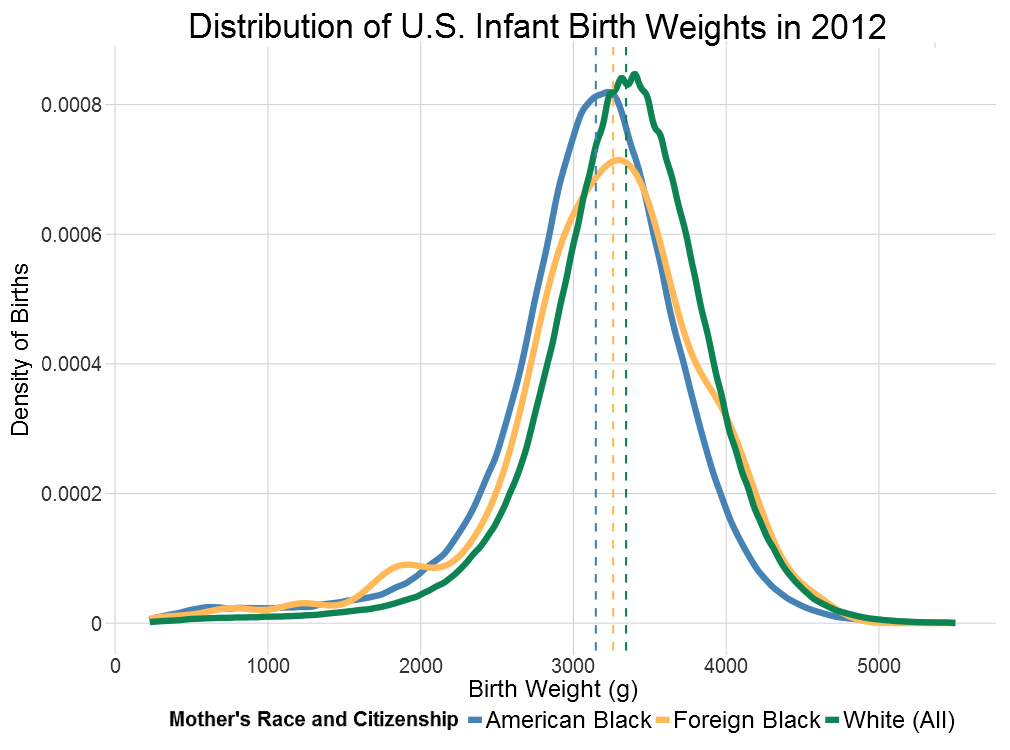 It may seem like these distributions are similar, but the differences between them are quite significant. Tukey-adjusted p-values are as follows:

It is unfortunate that the U.S. has so many more per-capita infant deaths than other comparable nations. While the problem is not isolated to one race, black women are significantly more likely to experience an infant death than white women. If you’re interested in learning more about current theories about the issue, this NPR article offers a good summary.
Tagged on: density, health, people, race, women
By Phillip Johnson | June 26, 2014 | Statistics, Viz | No Comments |