A friend and I went to a local whiskey bar recently, and were a bit overwhelmed at the options. However, we’re both bourbon fans and managed to pick a few at random to try. But what makes the difference between a $4.00 glass of bourbon and a $7.00 glass of bourbon? Probably a combination of factors, but I wanted to see if ratings had any bearing on price.

This graph shows 187 bourbons from Proof66 and compares the price per bottle to the professional judges’ rating. Mouseover for details!

According to the website, any rated liquor is worth drinking according to the judges. However, it is interesting to see which are overpriced and which are bargains. Note that I had to use a log scale for the price because of those few bourbons that are significantly more expensive. 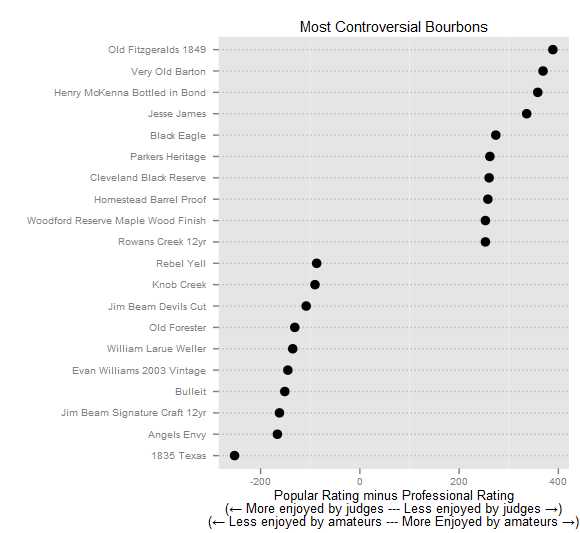 Finally, I wanted to see how bourbons stacked up compared to other types of whiskey. This chart shows that they actually rank fairly highly and the only non-single-malt that beats it is Tennessee whiskey (which I did not know was a formal legal category!). 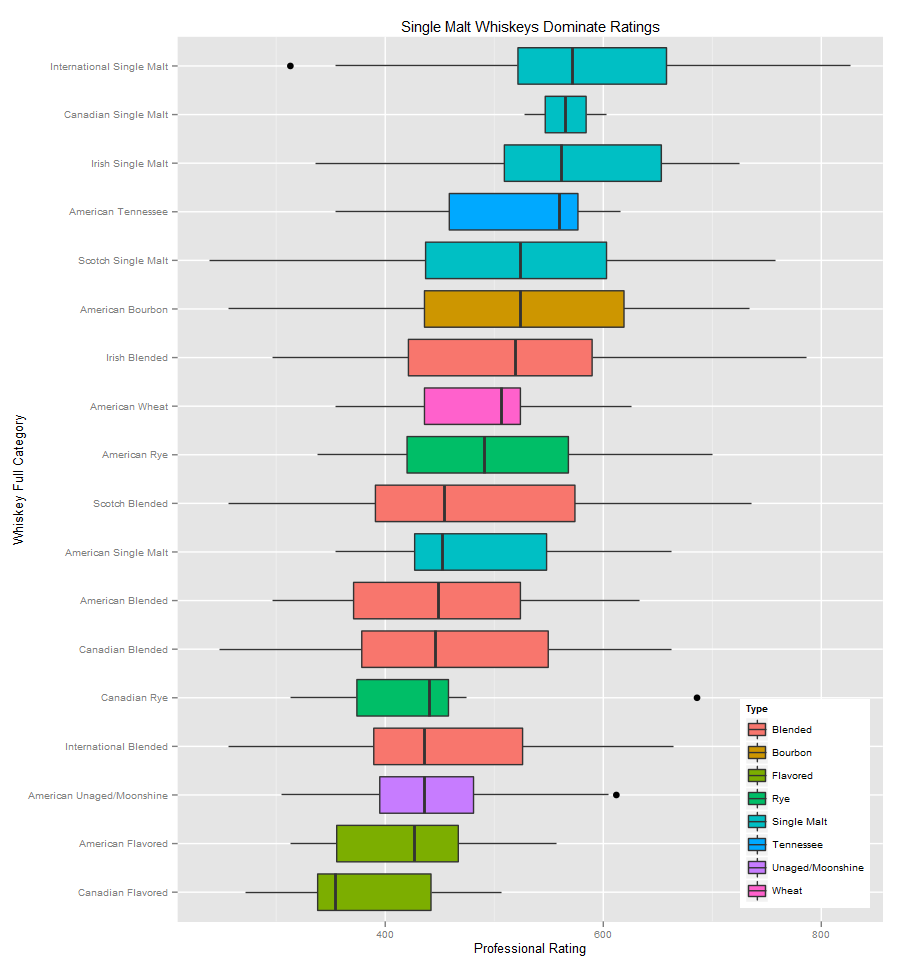 Surprised by any ratings? What’s your liquor of choice? Let me know in the comments or make some charts about what you like to drink!

10 thoughts on “Bourbon: Best Bang for your Buck”